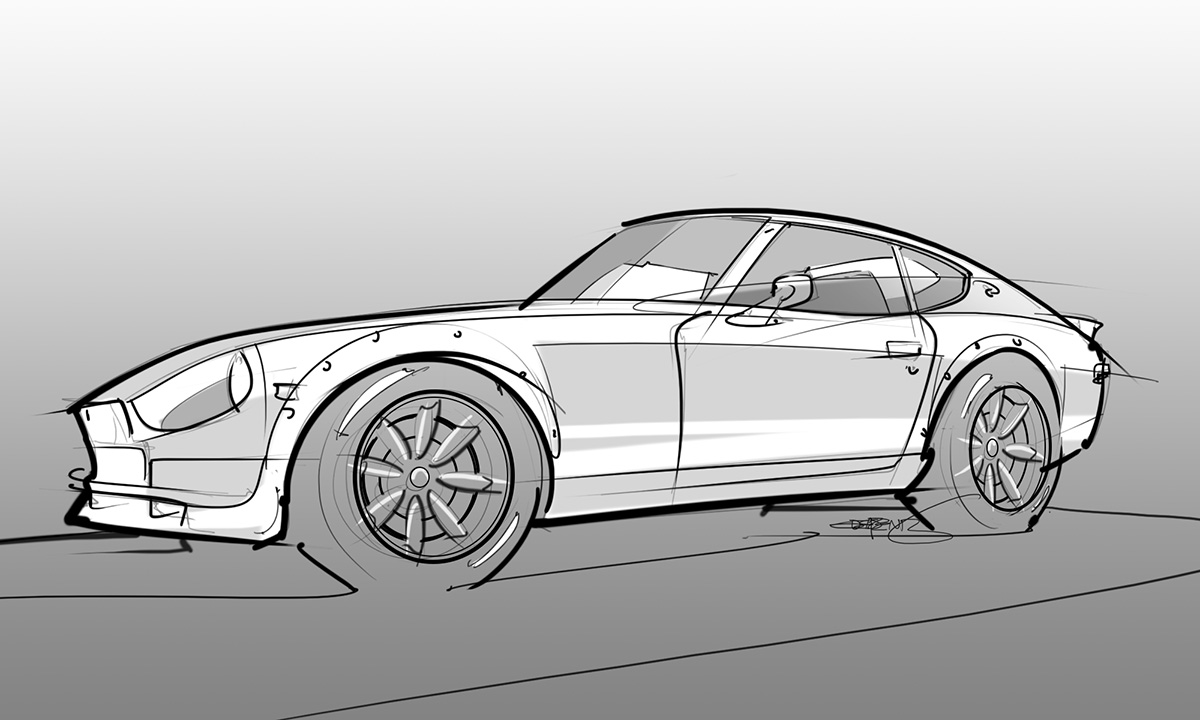 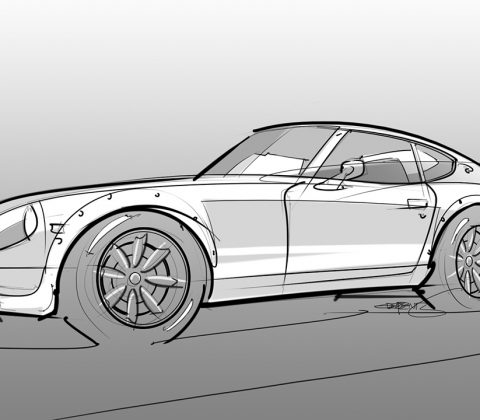 It’s funny how my tastes in cars evolve over the years. Never at one moment in my life prior to this year had I ever been interested in the old Datsun / Nissan 280z’s. It was a car that really didn’t do anything for me, no matter how highly regarded it was by other automotive enthusiasts from all over the world. I just saw it as a cheap and weak Japanese economy car that was trying to be something that it wasn’t, and I much preferred American cars from that generation. That says a lot considering how bad American cars were at the time…

But over the past year or so I’ve seen some beautifully modded Z’s from the late 70’s and early 80’s that are to die for. These cars look fantastic with aggressive wheel and suspension mods, and it’s amazing to think that a simple change like that would make me have a change of heart about a car I disliked so much. Sometimes it’s all about the little details, and I guess I never realized how close I was to liking this car. Proper wheels and tires on these things (with the right stance) is all that’s needed to make me drool!

Anyway, here’s a quick sketch of a modded 280z that I found on the internet. Just fast and loose, with no real care taken in trying to get all the little details right. I’m actually finding this style of sketching to be be right up my alley, mainly because I hate getting too focused on trying to make things perfect when I don’t have a lot of time to be drawing cars in the first place.

You’ll also notice that I corrected the “thin lines” problem of my previous sketch – and I’m happily back to my thick outlines to define the outer shape of the car.