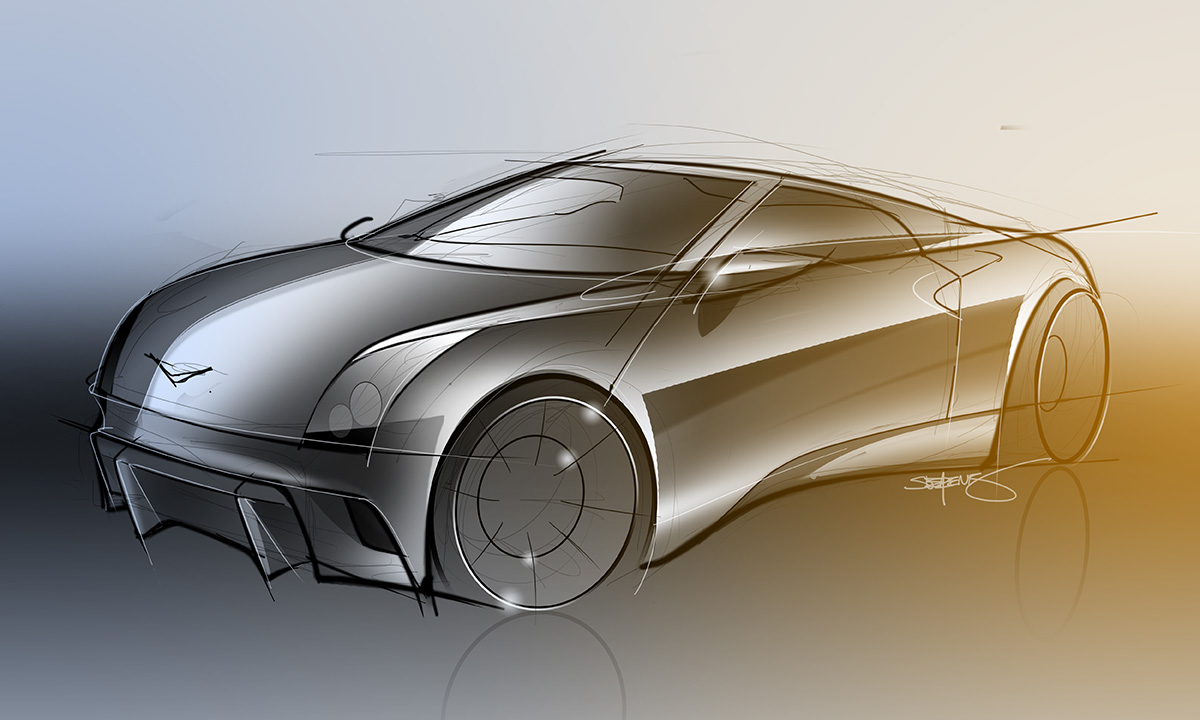 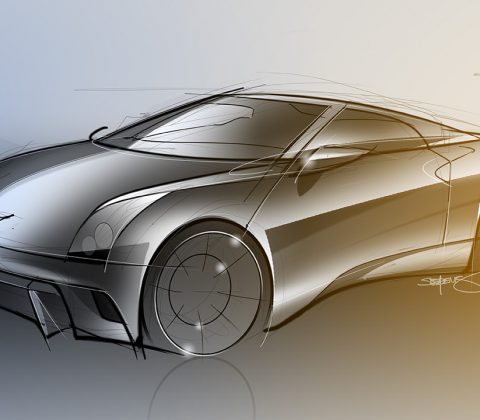 My automotive sketching and rendering schedule over the past several months has been pretty hit or miss, as I’ve been so busy with other projects that I haven’t had much time to focus on drawing cars. Hmmm – seems like I start every blog post the same, right? Despite my lack of posts, the fact that I’m here (and that I always return) gives me confidence that I really am in this for the long haul.

Shortly after my last post, I was working really hard on refining my rendering technique. I didn’t post any of that work, mostly because I it was all very messy experimentation in an effort to try and figure out how to render cars again. I’ve been doing black and white pencil sketches for so long that I actually forgot how to apply color and reflections to the surface of a car! To say that was frustrating was an understatement – it was only a few short years ago that I felt like I was making strong progress with my automotive rendering technique, and the feeling of having lost ALL of that skill in that short amount of time was incredibly frustrating.

But I was making progress, and after a lot of practice I actually had a pretty significant breakthrough right before life got really busy and I stopped drawing cars again. It felt so good and I was anxious to get back into it as soon as possible…

Here’s the line drawing, just so you can see what it looked like before I started adding color and reflections.

This lack of sketching and rendering over the past several months has been slowly eating away at me, so I decided to sit down this weekend and do a quick illustration just to keep my hands trained. As a matter of fact, I didn’t even intend to do a full rendering – it just sort of happened as I got more and more excited about the fact that I was drawing again!

Anyway, the design of this car isn’t really the point of this post. I just sketched the first thing that came to mind, which happened to be a small sport coupe with very similar lines to the Nissan 350z and Infinity G35. This may or may not have been influenced by the fact that I’ve been itching to get a 350z again (I owned one for 6 years), so I guess I’m not totally surprised with the result.