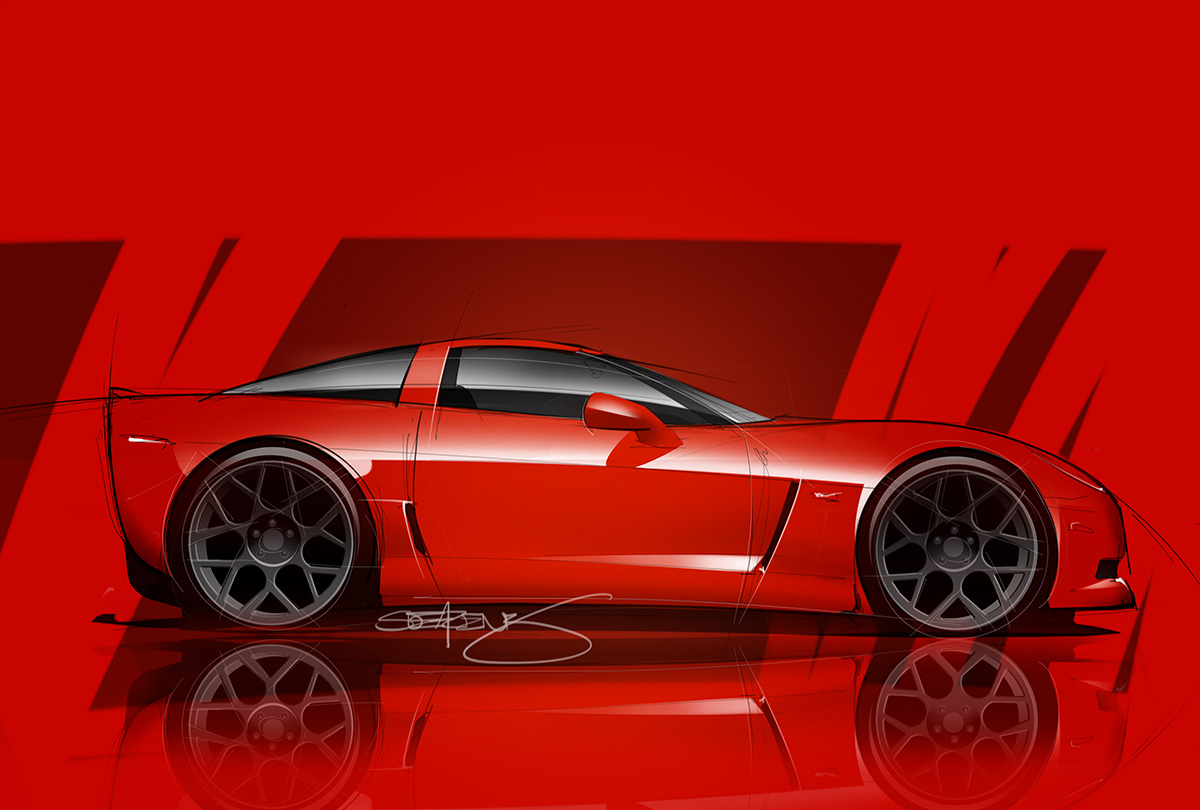 On February 6, 2013 by Scott With 1 Comments - Car Renderings, Car Sketches

Now that the seventh generation of the Corvette has been unveiled, I thought I would pay tribute to one of my favorite current cars by doing a side profile rendering of it. The C6 Corvette Z06 has been at the top of  my “I gotta have” list for a long time now, and it doesn’t help that my neighbor drives an awesome looking black on black one that teases me (and my lowly Mustang GT) every time it drives by. There’s just something about the C6 Z06 that pushes all the right buttons for me.

I’m somewhat satisfied with this rendering, though I think I screwed up the proportions just a little bit by accidentally making it shorter than the real car – either that or the wheels are a touch too big. Unfortunately, I was too far into this rendering before I noticed it and I didn’t feel much like going back and reworking the sketch to make it right. Yes, I have a very short attention span.

This entire drawing took about 3 hours. I spent about 1 hour sketching it out, trying to get it as correct as I could, then I spent the next two hours laying down the color and the details. The one thing I really like about drawing on the computer (with SketchBook Pro and my Wacom tablet) is that I can make very significant tweaks on the fly without risk of ruining the rendering. For example, I originally began sketching this out over a white background, but then I thought it might be interesting to throw a red background under it and render it that way. You can’t make a switch like that so easily drawing cars the old school way (with vellum and pens).

I feel like I’m getting back into the rhythm drawing cars again. I’m excited to move onto my next one, but I’m not sure what that’s going to be yet…