This section contains my thoughts on some of the products that I use to create my car drawings. 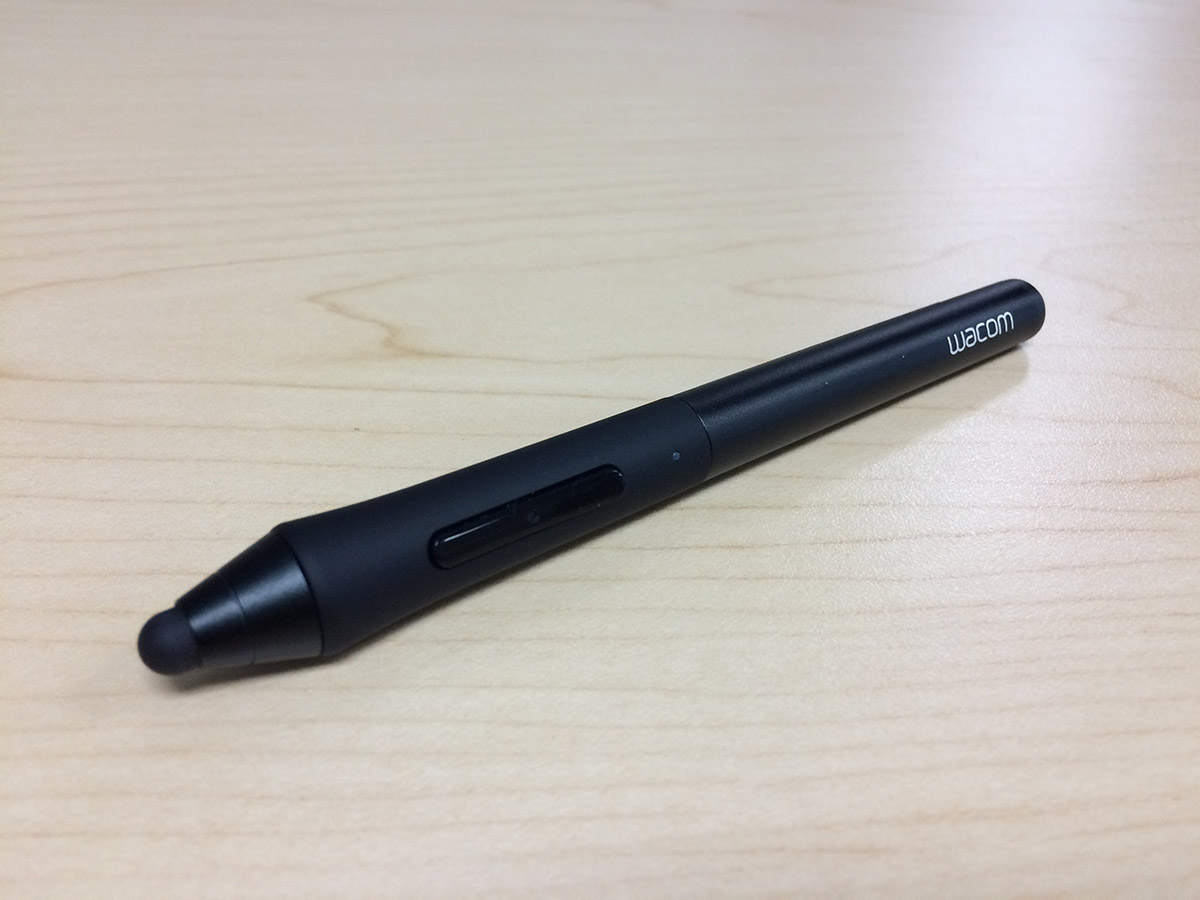 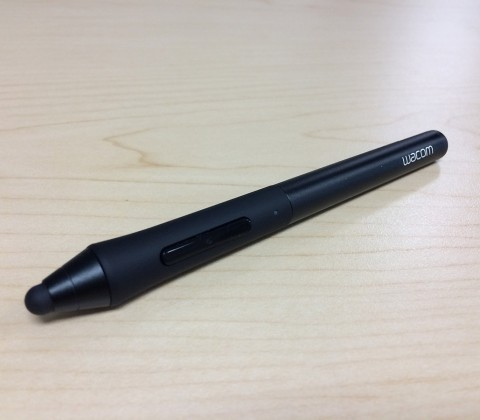 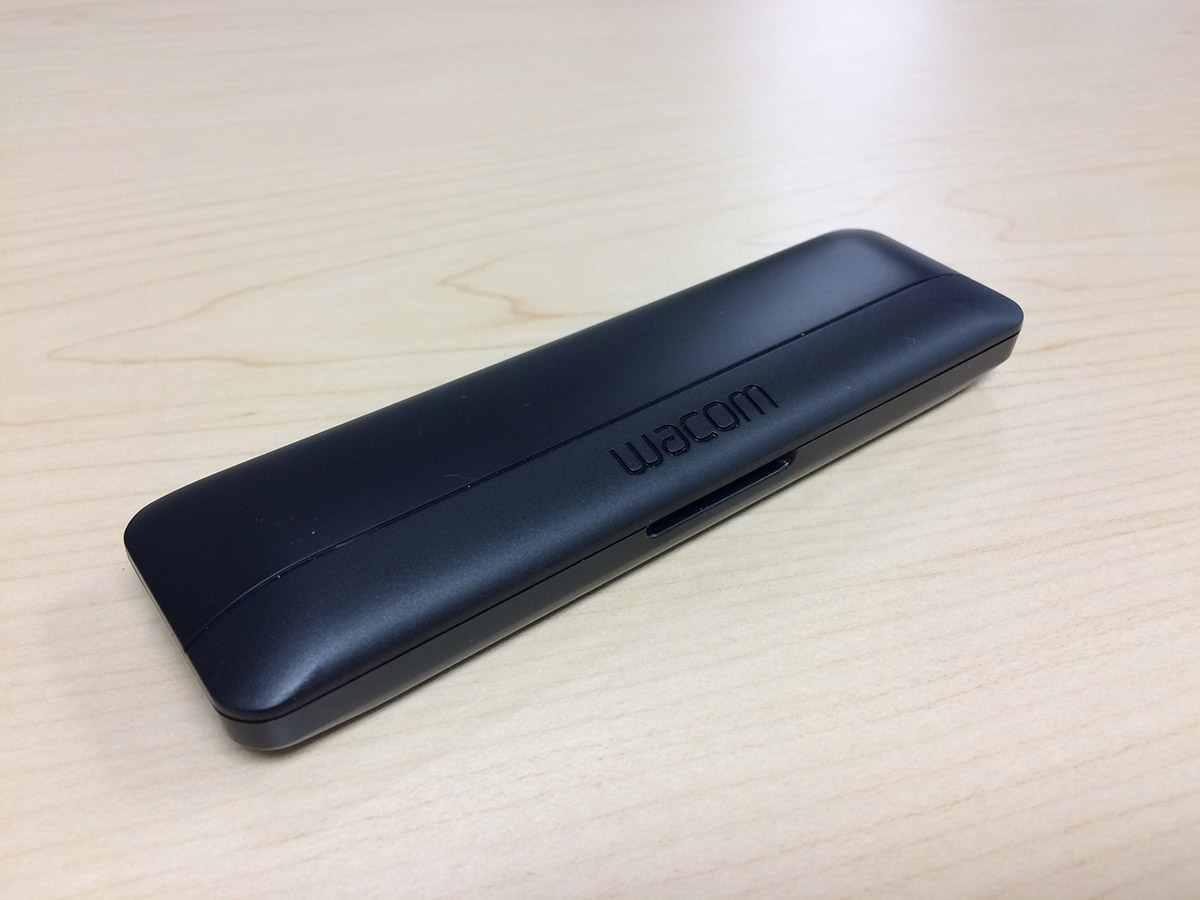 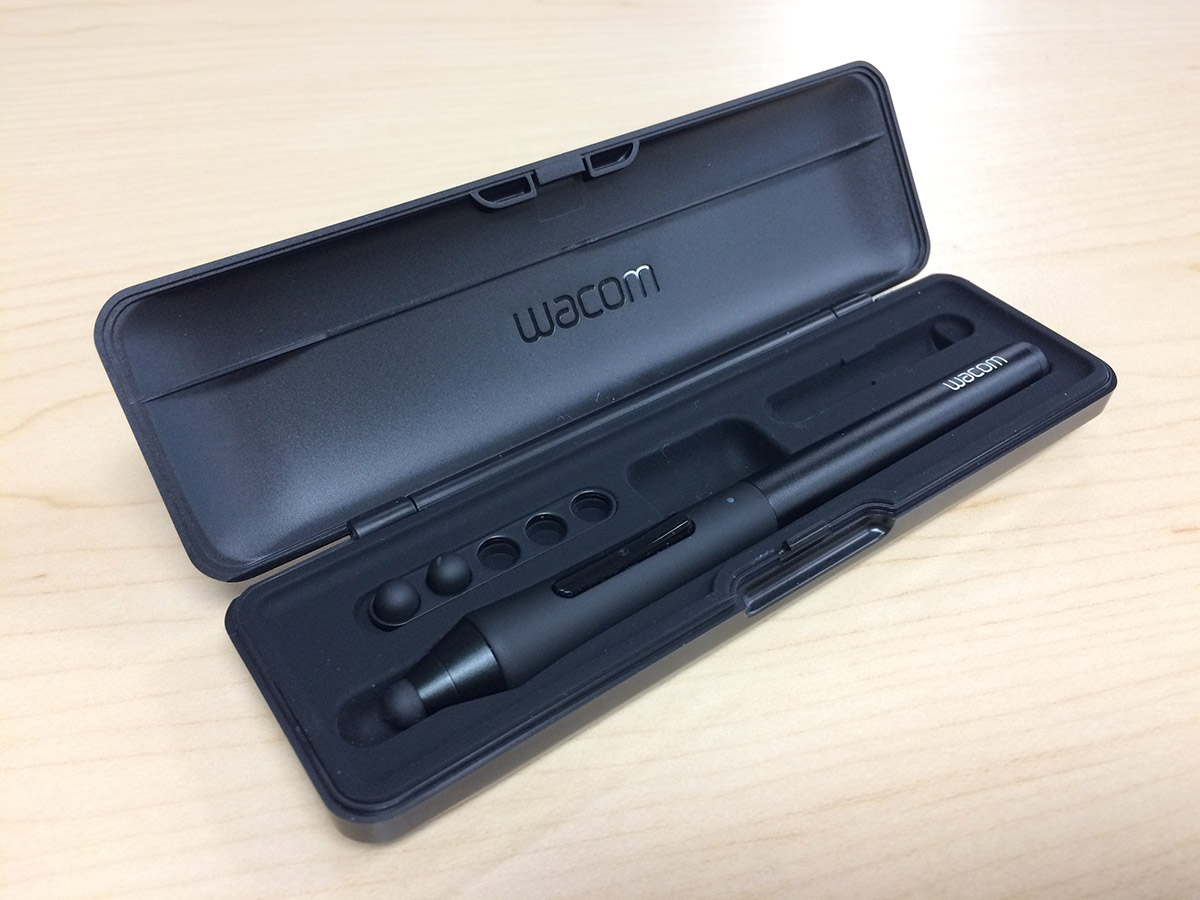 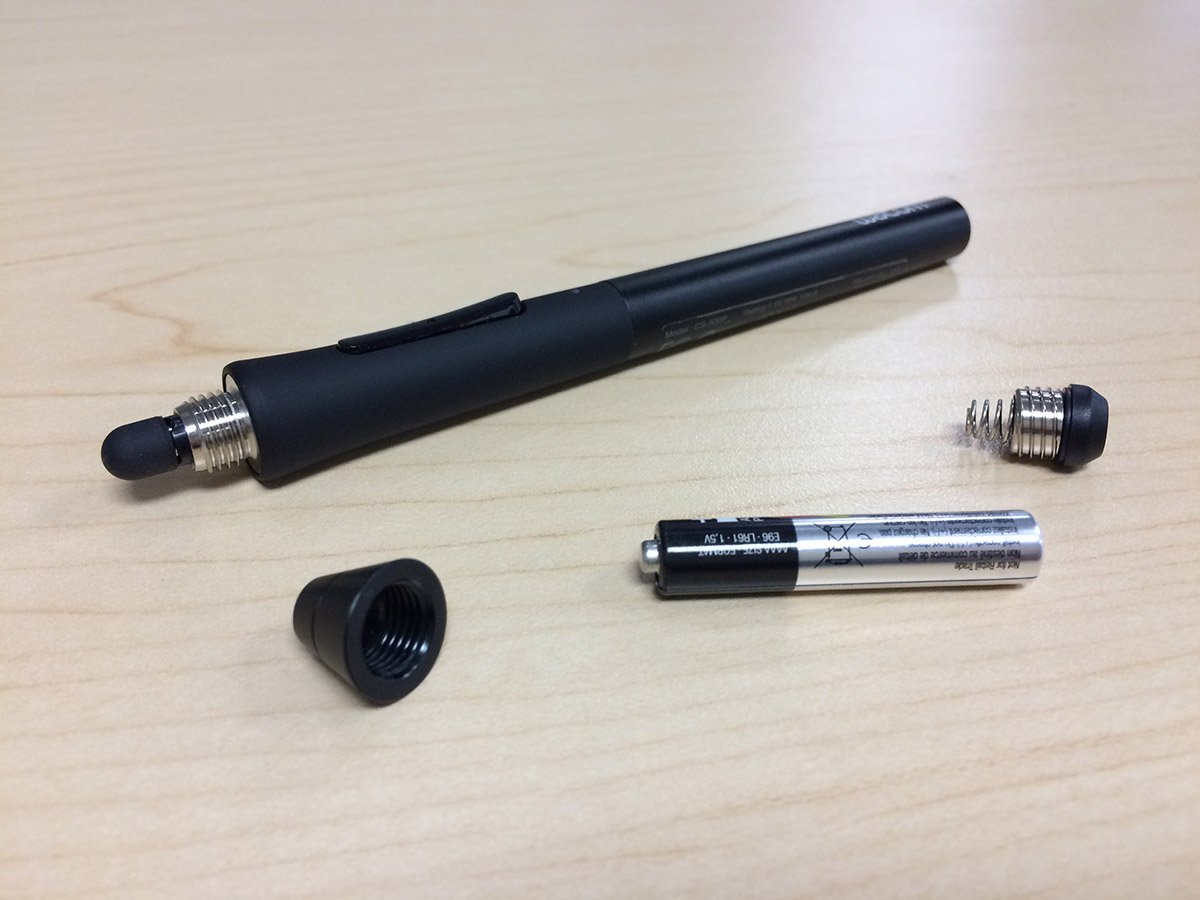 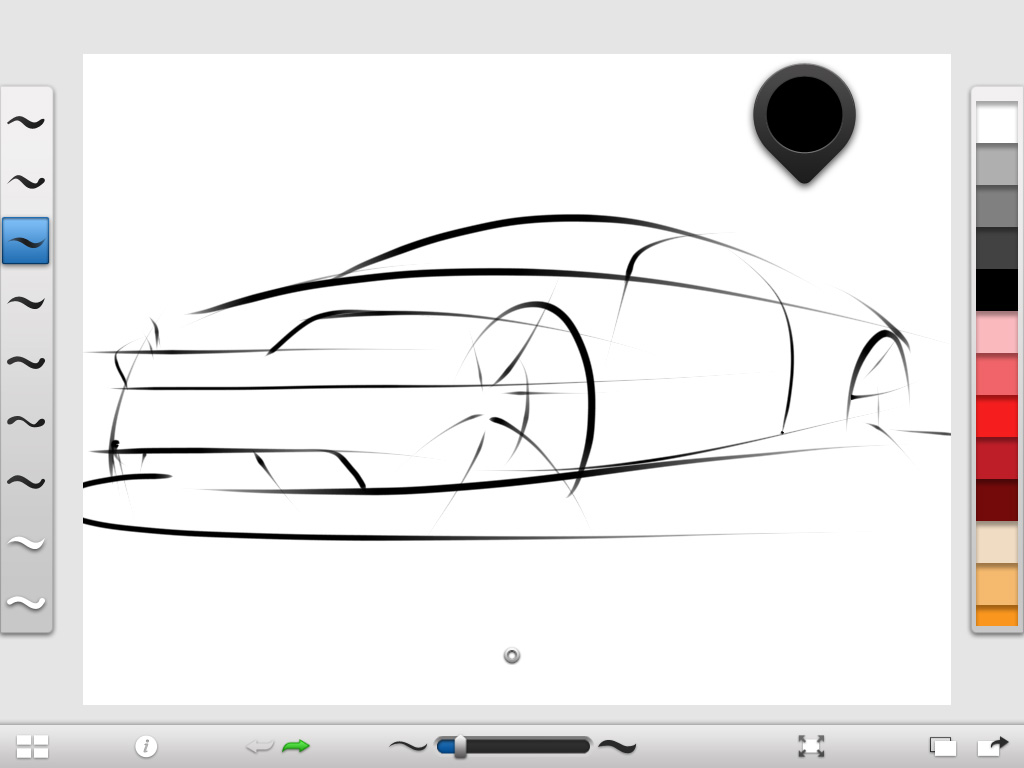 Drawing cars on the iPad with SketchBook Ink

When the iPad was first introduced back in 2010, I couldn’t help but to think of how great it would be for digital drawing and sketching. Once I finally got my hands on one, my thoughts were confirmed – sort of. Yes the iPad has a really nice touch-screen, but it lacks one of the most important requirements for drawing and sketching: pressure sensitivity! So my excitement was short-lived and I haven’t been using my iPad for creating illustrations.

Until now. A couple days ago I stumbled across SketchBook Ink (from Autodesk) and I was pretty much blown away right from the very first moments of using it. It’s a very simple app with a limited set of tools, but the default brush set is top notch and most feature the ability to vary line weights without having to vary the input pressure on the screen. Another neat feature is that it’s a vector-based drawing app – which means that you can export your work in very high resolutions without any loss of quality. You cannot, however, export your drawings in vector format. That’s a huge bummer, but not really so important in my work flow since I’m not a vector illustrator anyway.

For drawing cars, SketchBook Ink is a pretty good tool. It’s a bit different than most other drawing apps because it was designed to create beautiful line work in a very simple way. That’s great for drawing cars – line acceleration is what makes an automotive sketch great, and it’s really easy to do with this app. Oh – and I highly recommend using a stylus instead of your finger. The accuracy and drawing realism will be much higher.

So now I’m pretty excited about using my iPad to doodle and sketch cars when I’m traveling or away from my desk. Just what I need in life…another distraction! Lol… 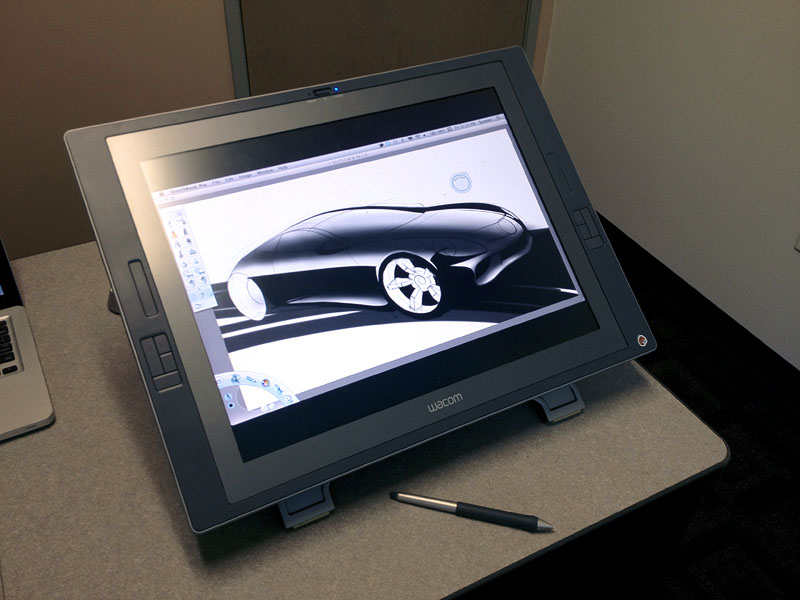 My thoughts on the Wacom Cintiq 21UX pen display

On January 21, 2012 by Scott With 0 Comments - Automotive Design Tools

I was lucky enough this past week to be able to try out a Wacom Cintiq 21UX pen display at work. A coworker of mine has one, and he was generous enough to let me borrow it for a few days while he was out on vacation. Score!
My personal Wacom drawing tablet is an old Graphire 4 from 2005 (or 2006 – I can’t remember). It literally took me years to get used to drawing on that thing, because the drawing surface and display are separated – it’s really tough to draw on one object, and have the results display on your computer monitor! The mental disconnect is huge, and I struggled with that quite a bit in the beginning.

But this is where the Cintiq shines. You can draw directly on the display, so it’s a more natural experience. WYSWIG (what you see is what you get) at it’s finest! Within minutes of drawing on the 21UX, I was already starting to loathe my beat-up ‘ol Graphire. The Cintiq is light years beyond any other drawing tablet out there, and the “I gotta have it” factor” is huge. Here are some more specific pros and cons that I have thought of after a few days of using it:

Conclusion: I want one. Bad.

By the way – that half-complete car rendering you see on the screen is a preview of my latest piece. I just finished it last night, and I’m very happy with the way it turned out. I’ll post up a full size version of it tomorrow.