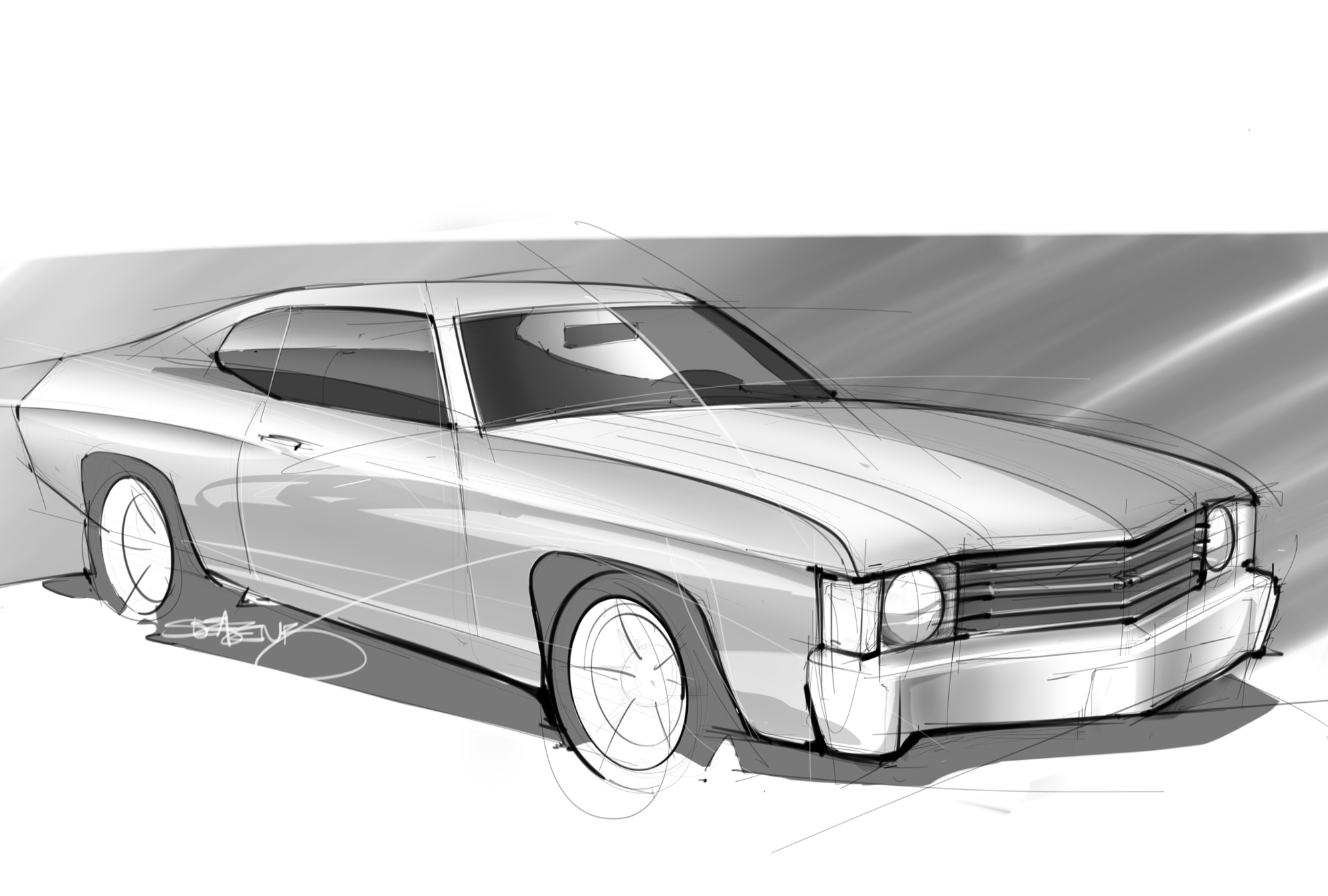 With that said, I have mixed feelings about this Chevelle drawing. On one hand, I like the perspective and I feel like I did a decent job of capturing the correct proportions of the iconic Chevelle shape. On the other hand, the sketch and rendering style is rather weak. To me, it looks too tight to be considered a sketch, but too loose to be considered a rendering.