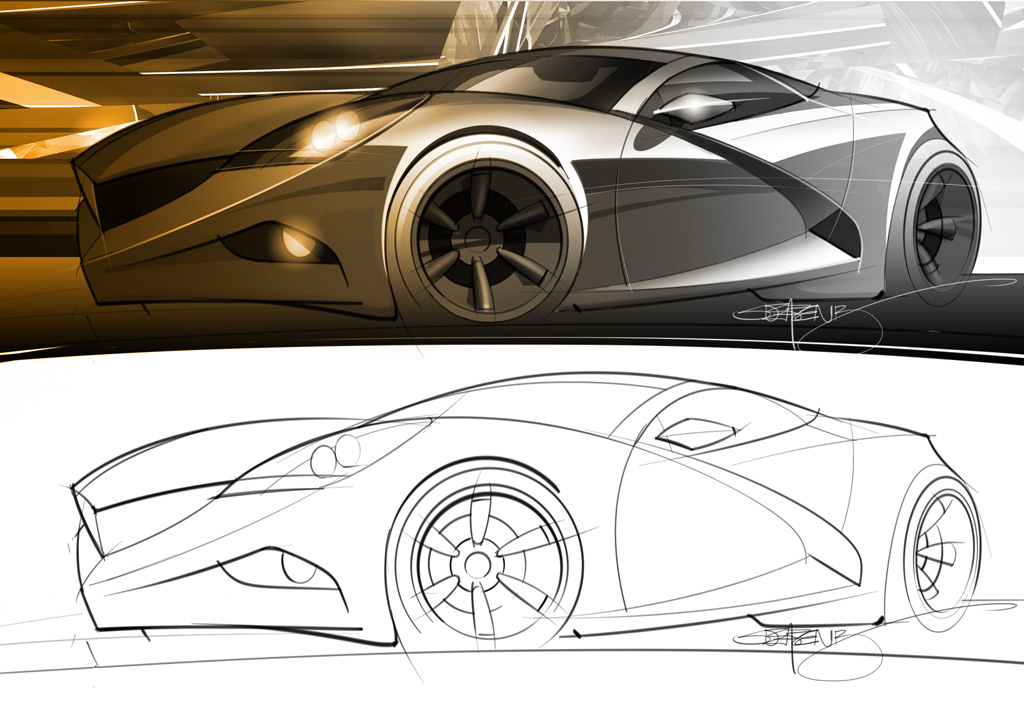 I admit it – I’m a huge Mustang fan. Funny thing is that I never really cared about Ford or the Mustang until about 10 years ago and I’m not really sure what has brought me around to be a fan of this Pony car. If I were throwing out guesses, it might be the fact that the Mustang offers a lot of bang for the buck here in the US – lots of power and speed can be had for not so much money (at least compared to other cars). Now that I’m a family man on a tight budget, that’s really attractive to me. As a matter of fact, I’m shopping for a Mustang project car right now. Very exciting times for this car guy! LOL.

So now that I’m in the market for a Mustang, I thought it would only be fitting to draw one. I approached this sketch from a modern point of view, thinking about how I’d like to see the current generation evolve. I probably got too crazy with some of the forms and surfaces, but it’s just a concept anyhow – I wasn’t trying to create a photo-realistic rendering.

One of the things that I like about the current generation Mustang is the front grill. I tried to maintain the overall size, but I massively exaggerated the angle and relocated the headlights above . The driving lights have been repositioned as well, as I thought a better and more functional place for them would be in the lower bumper area.

Now excuse me while I go browse the Craigslist Mustang classifieds…