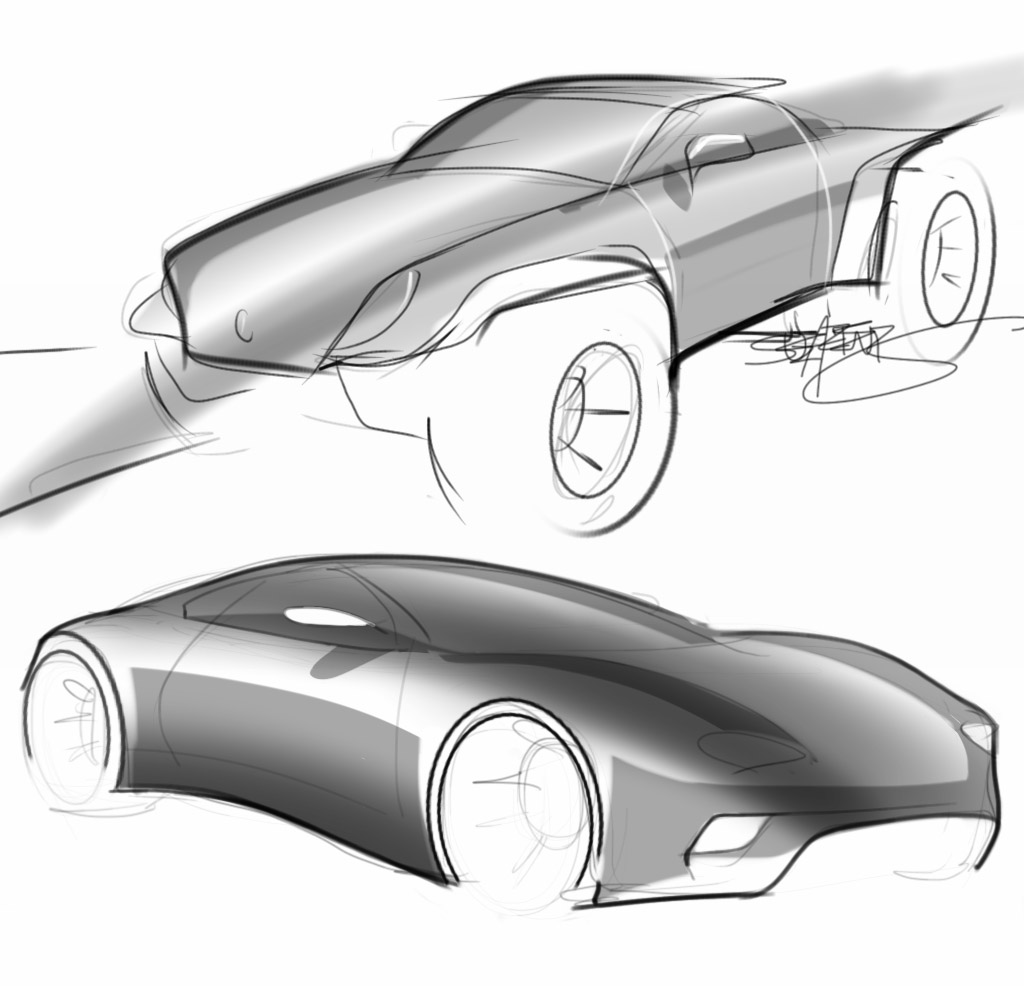 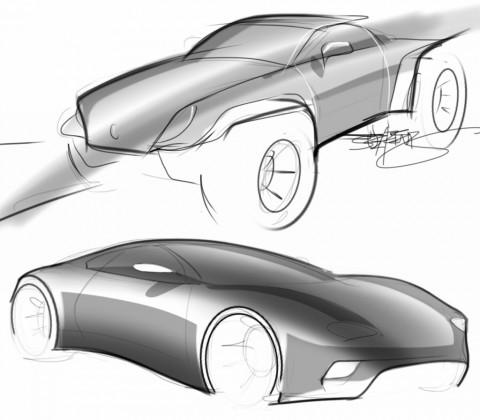 Trying to use my iPad to draw cars 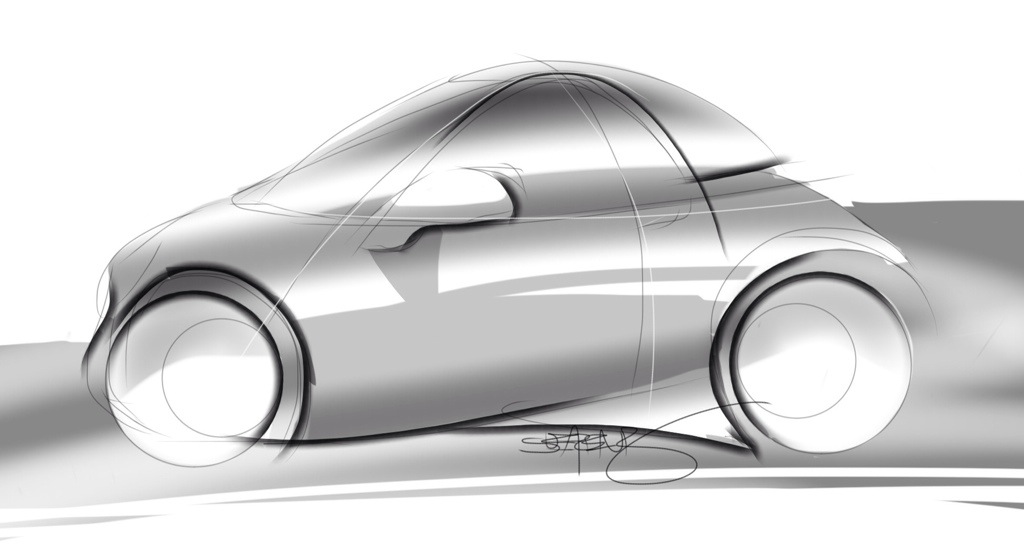 One of my reasons for getting an iPad was so that I could draw cars whenever I am away from my main computer (which is often). I’ll admit that I haven’t been drawing as much as I’d like, but I’m glad to report that drawing on the iPad is every bit as convenient as I hoped it would be. We’ll, to be honest, it’s not that perfect, primarily because the screen isn’t pressure-sensitive. That means most of the cars I’ve been drawing have been lacking the beautiful thick and thin lines I try to achieve when drawing with my Wacom tablet on my home computer. But hey – for a truly portable drawing solution, I’m liking this a lot. And it really is a mobile experience – I drew this car entirely on the iPad with the Sketchbook Pro app, a cheap stylus I got from Best Buy, and I am now writing this post from the free WordPress app. Technology is an amazing thing!

This sub-compact car drawing is a bit crude, but I expect that my iPad drawing technique will improve over time.